We are the local contractor for all your remodeling needs.

Here at Square Deal Construction, we’ve been helping families “scratch their itch” for over two decades. We focus on the “itches” that really get under your skin — an outdated kitchen, bathroom, or an underutilized outdoor living space. Terry and the rest of the Square Deal team thrive on new challenges and welcome any itch that may be just beyond your reach.

We are fully customer service-oriented and pride ourselves on quality craftsmanship and a job well done. Our satisfaction is derived from the smiles on our clients’ faces when they see their dream home come to life. We do all the leg work so customers can rest assured that everything from the permits to the finishing touches will be taken care of.

Terry Hall was born in a small Amish community in Ohio. Terry’s mother was a Sunday School teacher and homemaker, while Terry’s father was a master drywaller. Terry was taught from a young age that honesty, hard work and commitment are necessary if one hopes to be successful in life.

Terry spent many days on job sites with his dad, first at a very young age getting in the way and causing mischief, later washing tools cleaning work areas and offering support to the craftsman as needed.

Eventually, Terry was taught the drywall trade. Terry learned that being trained by his father was tough as his dad’s expectations were high. He learned, sometimes not quickly, that there are no small unimportant jobs. Details are important.

The importance of character, hard work and honesty were the guiding principles in the Hall household. Terry brings this ethos to your job through Square Deal’s entire team. 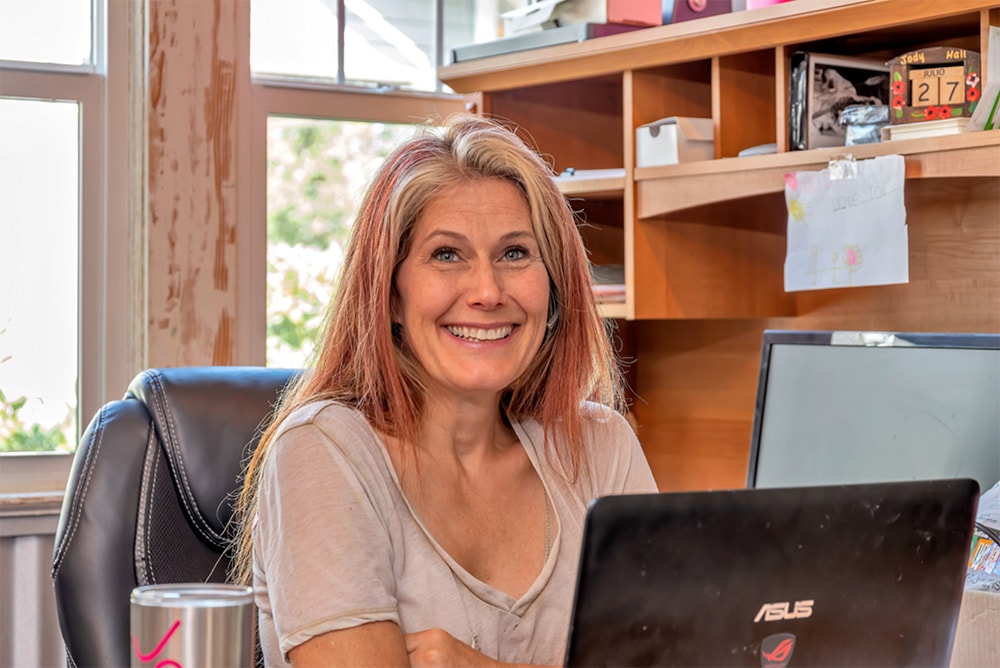 Kent has an extensive accounting background and has been involved in the construction industry since college, which was a long time ago. Kent says he likes seeing things move from simple, raw materials to become beautiful pieces of excellent craftsmanship. Kent works closely with the sales team, production crew, subs, vendors, and various regulatory entities to confirm Square Deal operates above board. Kent is to Square Deal as wall framing is to a house. It’s unseen, but without it, the house will fall. 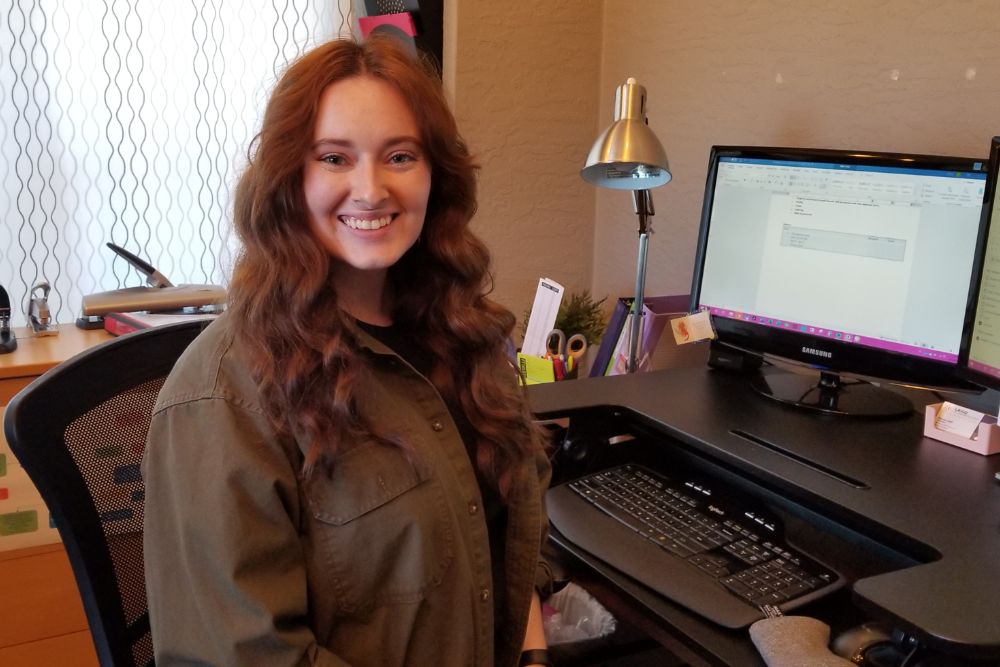 A West Coast native, Shelby grew up watching home renovation shows like Clean Sweep, While You Were Out, and Trading Spaces, rather than cartoons. Her favorite architecture styles are art deco and glam. She loves finding bargains or making things herself, often perusing Pinterest for cost-cutting DIYs. Shelby graduated from Colorado Christian University with her Bachelor’s in Communication. In her free time, Shelby enjoys all aspects of the arts — from photography and filmmaking, to fashion design, to writing & languages. 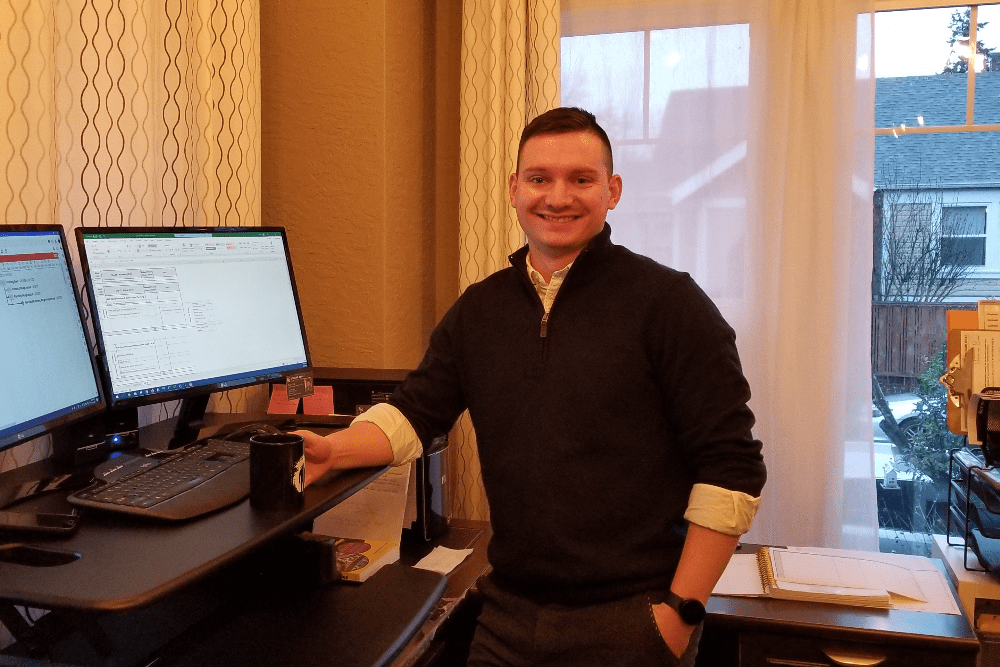 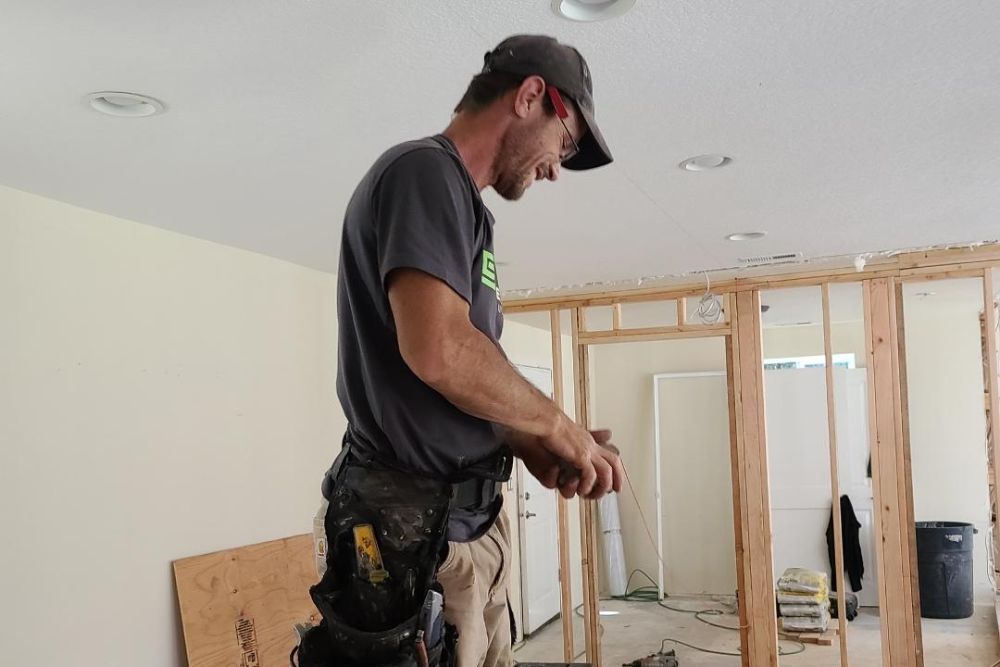 The Rooster has been with the company since way back in the 20th century. When Josh is assigned to your project he will rule the roost helping to keep vendors, subcontractors and others crew members on task. He will ensure all details, down to the last kernel, are addressed. He’s certified in Lead Based Paint, Metal Roofing, and OSI WINTeQ Window Installation. His diligence and efficiency will make you scratch your head in amazement. Josh grew up in Arizona playing baseball and BMX racing. He’s still known there as The Arizona Heat. Now, when he’s not working, he likes golfing, fishing, dirt bike riding, and shooting. 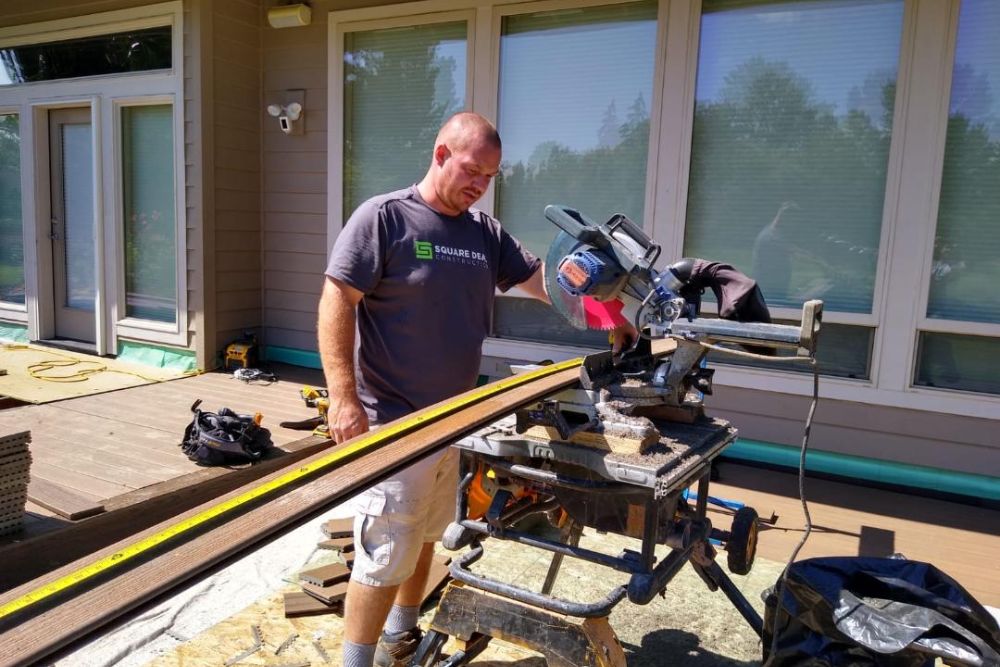 This Alaskan man has been in construction since 2013 and enjoys working with his hands. He especially enjoys building intricate, custom decks, paying close attention to detail, but welcomes any type of project that allow him to hone his carpentry skills. His funny, relaxed demeanor helps keep an upbeat atmosphere at the job site. Garrett enjoys high velocity sports and brings that energy everywhere he goes. 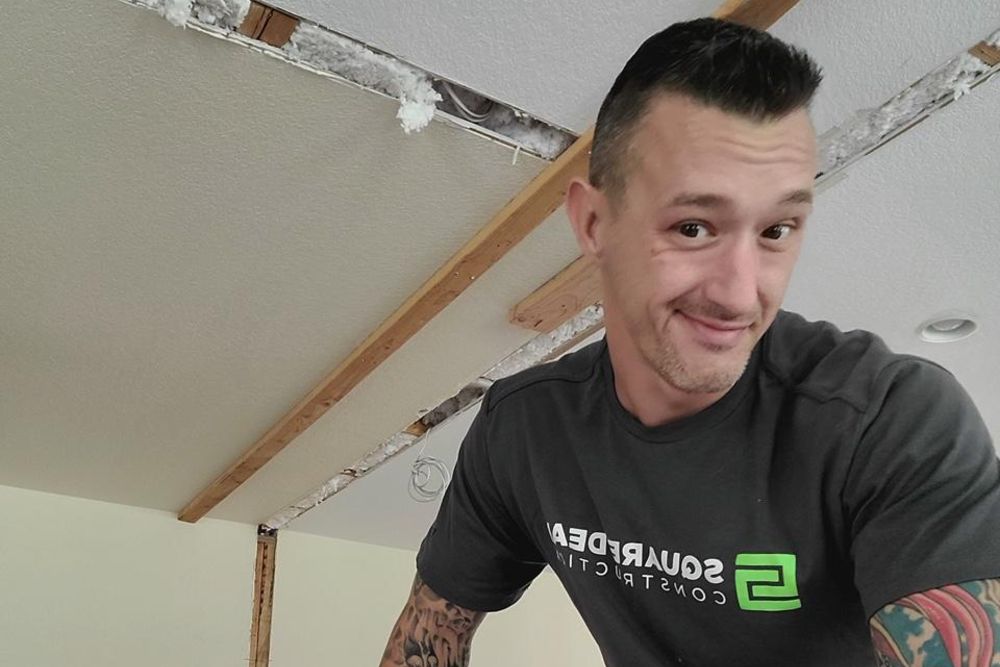 Christopher is the cheerleader of the team! He is relatively new to the construction business, but has taken to it like a wax ring to a toilet. He is always improving his skill set. Chris uses his positive vibe and motivation to rally the team. He is also responsible for all our social media content. You’ll likely see him snapping shots of the project for Facebook. While not at the job site, you’ll likely find him at the gym remodeling his own “house”. 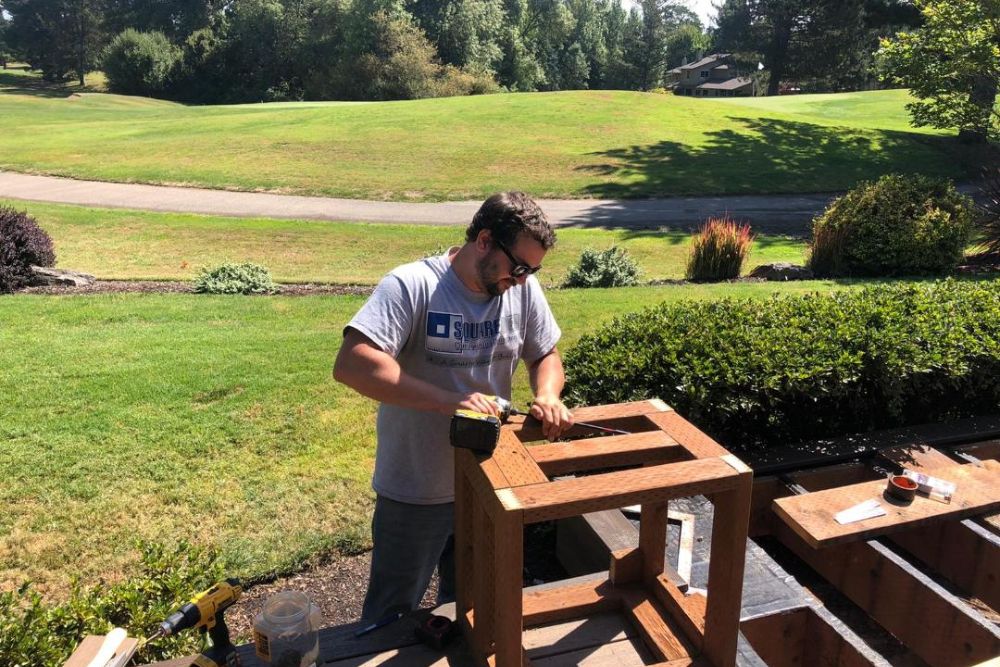 Caleb grew up in the construction industry helping his father with fine, finish carpentry. After cutting his teeth on nails, he expanded to handyman and general contracting services giving him exposure to many aspects of carpentry. He has an optimistic personality. He is very organized and a great problem solver. 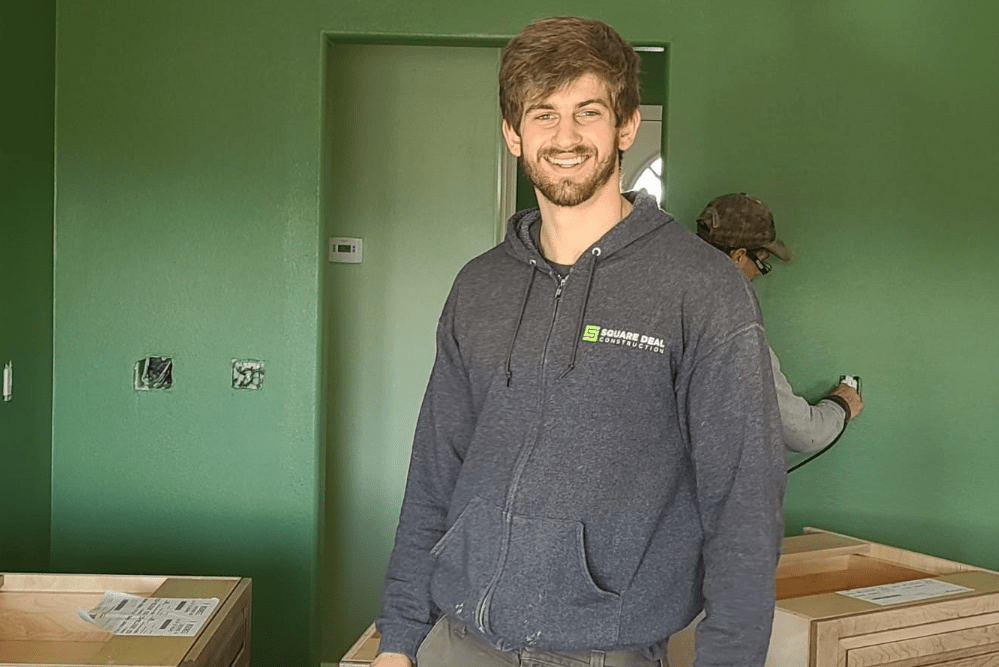 Jared grew up in a construction atmosphere. Jared’s dad, Terry, started Square Deal shortly before Jared was born. Jared and Square Deal grew up together. Like most contractor’s sons, Jared spent much of his life living in a home under renovation. No sooner was the house finished, before it was sold, and Jared was shuffled to the next project. On weekends and during the summers, Jared could often be found helping on other projects that Square Deal was involved in.

Jared got certified as a physical trainer and pursued that while working construction on the side. When the gyms shut down due to Covid-19, Jared decided to come back to construction full time. The motivation and leadership techniques learned from his time as a personal fitness trainer are proving to be very beneficial to the business. Jared is looking forward to the day he can look at his dad Terry and say, “It’s time to make construction great again. You’re fired.”

Ready to get started? Request a consultation »